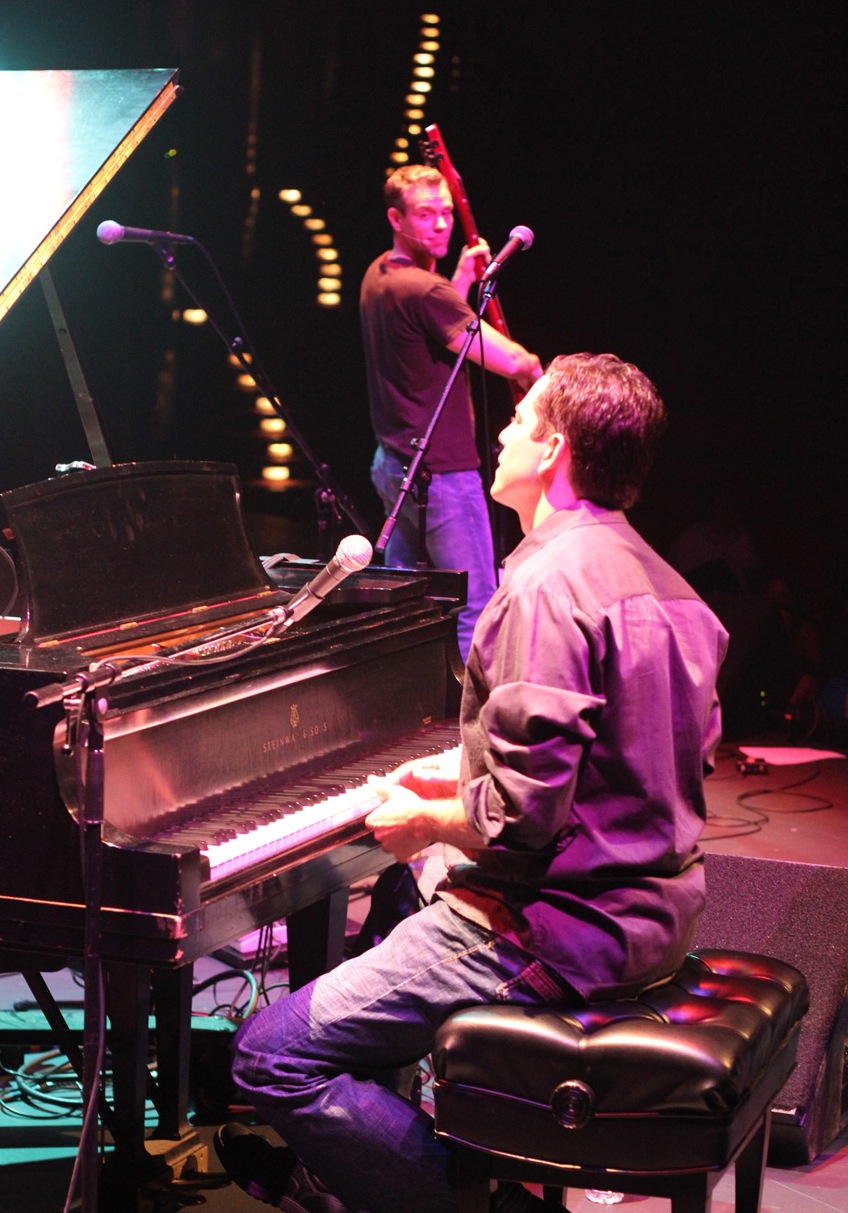 Adam Pascal and Anthony Rapp first met during the iconic, groundbreaking Tony and Pulitzer Prize-winning play RENT, handpicked by the late Jonathan Larson for the roles of Roger Davis and Mark Cohen, respectively. Since then, they have become two of the most well-respected and well-loved performers in musical theater. In possession of possibly the most powerful pipes of any genre, Pascal routinely raises ovations mid-song with his soaring, emotional delivery. Singing with grace and gravity, Rapp is by no means unstated as he digs deep to find the emotional center of a song, and has an uncommon connection to his audience.

“What the crowd really wanted was the RENT songs, and they got ‘em. Pascal’s “One Song Glory” was a soaring piece of singing, and Rapp’s “Without You” was an emotionally heart-breaking effort. And when the two joined forces – and bands – for a rousing “Seasons of Love” as the final encore it was simply a glorious thing.” – Times Union